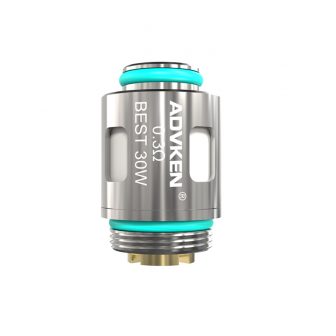 Advken is a Chinese vapor product manufacturer. It has a number of patented technologies that it uses in its products, and focuses on creating the best atomization experience for its customers. These innovations include a range of vapor products, including RTA and TF tanks, Artha, Wanderlust, and Ayana kits. In addition to its own vapor products, the company also has its own line of E-liquid, and sells them under various brands.

Advken offers many options for rebuildable atomizers, including the Manta MTL RTA. The Manta V2 MTL RTA concentrates on MTL flavor and uses a 4-level airflow system. Its airflow ring is adjustable and has switchable letters on the side. It also comes with a 2ml capacity and two different color options. You can choose between a blue or black Manta RTA.

Advken offers both a manta and an owl starter tank. The OWL has a leak-proof top airflow system. Advken also offers mesh coils that are compatible with Geek Vape’s Z series. You can also buy inhouse-designed DC Series mesh coils to use with the OWL. It’s easy to customize the owl tank to suit your personal tastes.

The Advken Owl Starter Kit has a chunkier tank design than the original Owl Sub Ohm Tank. This owl is the company’s flagship product and has been a popular choice for new and advanced vapers alike. It’s also a great choice for starter kits. The OWL comes with a tank that can hold up to 4ml of liquid. Its vaporizer tank features an adjustable airflow control. The tank also features a power regulator and 0.6ohm mesh coils.